This Earthship inspired design in the Narara Eco Village NSW is a two bedroom design on a small suburban block of land only 15m in the north south direction and 37m in the east west direction. This is the second Earthship to be council approved and first to be finished in NSW.
A standard Earthship design would not fit on this size block, so a few changes were needed to make it fit, while retaining all the Earthship design principles: A few photos below show this suburban Earthship under construction in early 2019, many photos from an Earthship Eco Homes straw bale wall raising workshop. The owner has moved in and is loving her Earthship!

The design can be easily adapted to include more bedrooms and bathrooms. 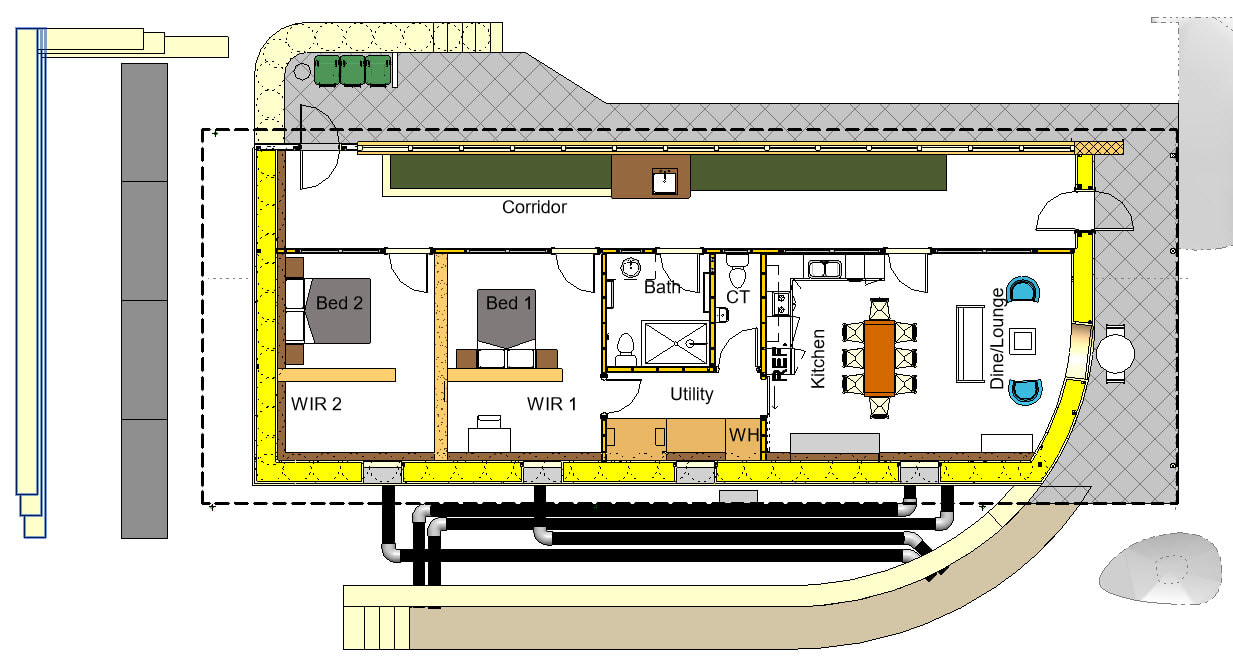